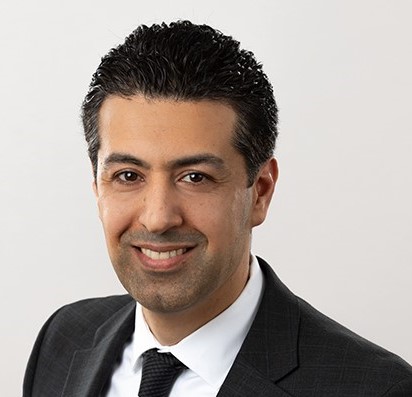 During his academic years, Ibrahim was exposed to a wide range of technologies in the high-tech field and was responsible for the design and implementation of several projects including a voice-command system (I.P.N.E.T. 2001), and a robot which is wirelessly controlled by a PDA (U. of O. 2003).

Prior to joining the Intellectual Property profession Ibrahim held the position of a Research Assistant at the labs of the University of Ottawa. His research involved studies on “Coherent demodulation and multi-user detection in a CDMA system”.

Ibrahim joined the Intellectual Property profession in March 2004 by joining G.Ronald Bell & Associates. He became a licensed patent agent in Canada in 2007, and joined Borden Ladner Gervais in March 2008. He obtained his U.S. patent agent registration in 2009.

Ibrahim specializes in the drafting and prosecution of patent applications for high-tech and mechanical inventions for Canada and the United States, as well as industrial design applications. He also prepares patentability, infringement, and validity opinions.

Ibrahim works with start-up companies to provide them with IP strategies that fit their business needs.